On August 28, 2012, a reception party organized by HLB International was held at the British Embassy in Tokyo. 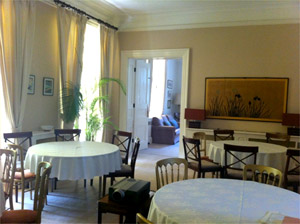 （Photo of Guest House No.4 Living at the party venue）
Guest house No. 4 at the party venue is Embassy House, where Mr. Sue Kinoshita, counselor of the British Embassy in Japan lives. This time, it was offered as a venue.
On that day, we were blessed with the weather, and about 50 people from the three companies (Takano General Accounting Office, Meisei Audit Corporation, Kyoritsu Audit Corporation) and business partners who made up HLB Japan gathered at the venue. 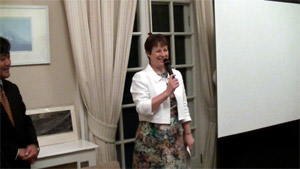 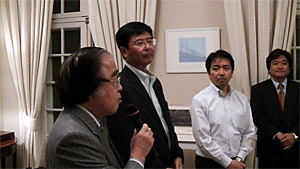 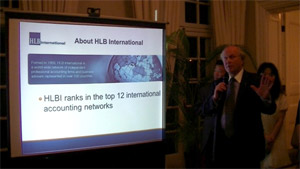 （HLB International CEO Robert Tautges presents HLB International）
According to Robert Tautges, CEO of HLBI, “HLBI is a member of IFAC and a network of international accounting firms that ranks 12th in the world. We guarantee overseas service, a response system within 24 hours, uniform and high-quality service provision, and a one-stop service.” 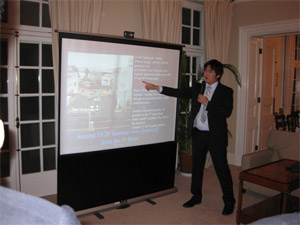 （Guest Speaker: Takeshi Kanno, who was selected as one of the 100 most influential people in the world at TIME100 in 2011.
Marumori-machi National Health Insurance Marumori Hospital, Director of Internal Medicine / Tohoku University Graduate School of Medicine, Department of Gastroenterology.）
What impressed the entire venue was Dr. Kanno’s speech, which he actually experienced the Great East Japan Earthquake. Using photos and videos, he talked about the disaster and the importance of people’s bonds. He strongly appealed the importance of sharing the experiences learned from the Great East Japan Earthquake with society as a whole.

（Please refer to Dr. Kanno’s profile and books from the link below.）
kanno_profile.pdf (135KB) 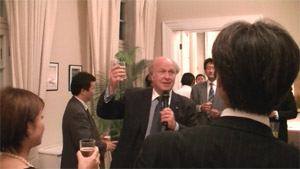 （HLB International CEO Robert Tautges’s toast）
“Now to pray for your future and toast!”
We had a welcome drink and delicious Italian food, and it was a wonderful party inside the guest house. 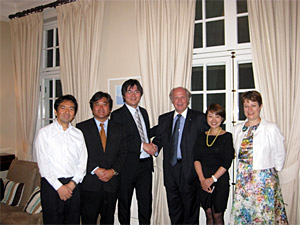 This website uses cookies. See Read More for details. By continuing to use this site, you agree to do this.Accept